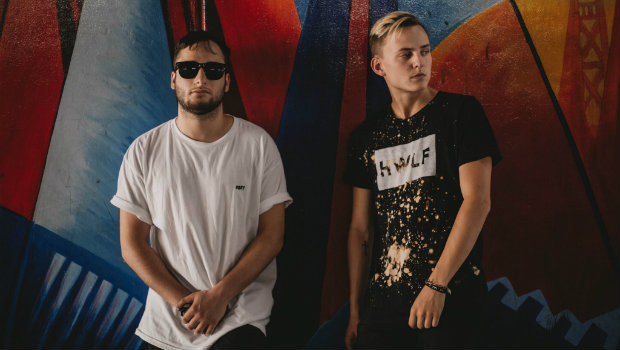 Plus new stuff from Fight The Fury, VERIDIA, and Beacon Light…

AC.jR & BradyJames lead the list of several bands that have released new music in the past few days. They just dropped a surprise new single titled “Is It Worth It” that you can grab below.

John Cooper of Skillet recently unveiled the first new track with his side project Fight The Fury. The song is called “My Demons” and you can download it instantly if you pre-order their debut EP Still Breathing, which will be out on October 26th.

Speaking of “Still Breathing,” VERIDIA has premiered another new song from their debut album The Beast You Feed, which will also be out on October 26th. The new song is called “I Won’t Stay Down” and you can hear it below.

Finally, we have a new track from Beacon Light as well as a new music video to go with it. You can check out his new jam “Wild” on his YouTube channel.