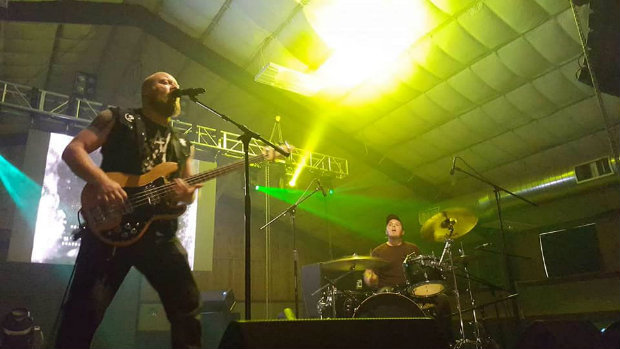 Death Therapy has announced their first tour dates in support of their forthcoming record Voices. They’ll be playing album release shows in the southern U.S. next month, including a pair of shows in the Oklahoma City area. You can find the full list of dates on their Twitter.

April is gonna be fun! pic.twitter.com/YUOuWd4OcF

The new album is scheduled for release on April 12th and pre-orders are live now. You can make sure you get it as soon as possible by getting your order in below.

So far the band has shared two new songs from the record. You can hear “Feels Like Fiction” which features Garrett Russell from Silent Planet in the Battle Of The Buzz on Wednesday and you can listen to “My Defiance” featuring Josh Kincheloe from Glasslands on the Solid State Records YouTube channel.