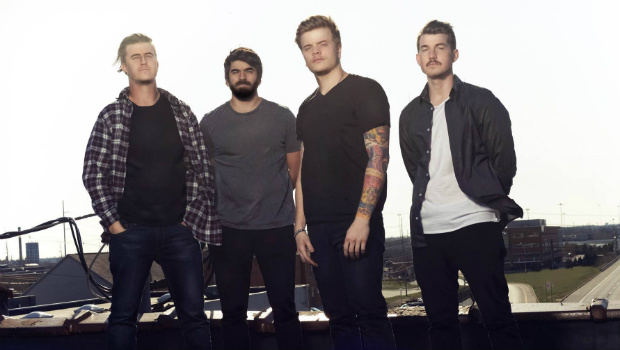 RadioU February 22, 2016 Insider No Comments on Obadiah’s Wolves At The Gate interview (video)

Obadiah did a video interview with Stephen from Wolves At The Gate straight from the studio where they are recording their new album. You can out the interview now on the RadioU YouTube Channel and on RadioU TV.

Another summer festival lineup has been announced, this time around it’s Chicago Open Air Festival which will feature performances from The Devil Wears Prada and Beartooth. You can find tickets and details for the festival at chicagoopenair.com.

Former Emery guitarist Devin Shelton is running an IndieGogo campaign in hopes of recording a brand new solo album. If you stop by his page you can check out several acoustic covers that he’s recorded and help him reach 100% before the campaign closes later this week.

RadioU Battery artist Your Memorial just premiered a brand new single called “Forever United.” You can download it now through the shop page at radiou.com OR get it as a free download if you buy some of their merch.