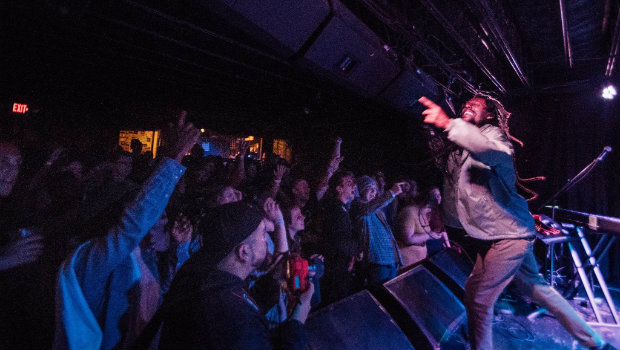 At long last, Propaganda is finally ready to share some new music! He just premiered his new song “Dope,” which features RadioU Fusion artist Derek Minor, as the first single from his forthcoming Nothing But A Word EP. You can hear the new track below.

Shortly after dropping the new jam, he went on to unveil a brand new music video to go with it. You can spot it on his YouTube channel.

The last we heard from Prop was a feature on the single “Love Always” from Krum that was released last month. If you haven’t heard it yet, you can give it a listen right here.