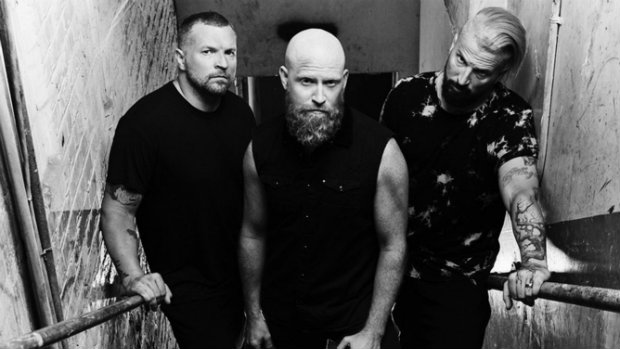 At long last, RED has delivered on their promise to bring us new music! They just premiered a new single titled “The Evening Hate” along with a new music video to go with it. You can hear the song as the challenger in the Battle Of The Buzz this Wednesday and you can find an extended cinematic version of the music video below.

Leading up to the release of the new song, the band has shared several updates from the studio that give you a behind the scenes look at the process of putting together new music. You can see the latest update here.

Early this year, the band announced that they were creating their own label and planned to begin releasing new music on their own schedule. They launched a GoFundMe to help them get started and you can keep track of their updates and support them below.