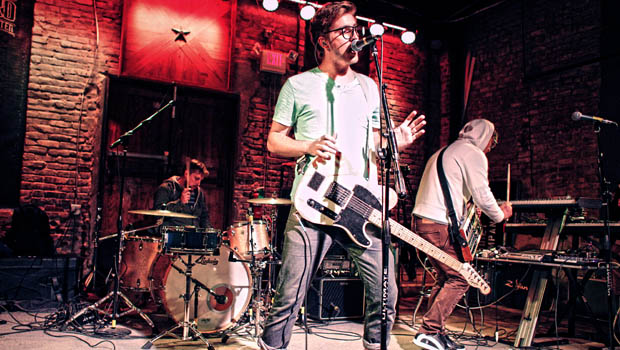 Scientist teams up with Chick-Fil-A

RadioU March 9, 2015 RadioU Music News No Comments on Scientist teams up with Chick-Fil-A

The dudes in Scientist recently lent their talents to a new ad campaign for Chick-Fil-A for their new specialty grade coffee. Their slick soundtrack can be found online on Chick-Fil-A’s website.

We wrote the song in this @ChickfilA coffee ad!
WE LOVE CHICKEN FILET.
AAHH!#eatmorchikinhttp://t.co/dqHJ4ZOweq

Fit For A King has posted the music video for their song “Impostor.” They also announced that every Friday in March they’ll be offering a 20% discount in their merch store.

Safemode’s Indiegogo campaign wraps up this Sunday, and they still have quite a bit of ground to cover to hit their goal of $5000 to record a new album.

Two bands from the RadioU Archives, Justifide and Reform the Resistance, have teamed up for a comeback Kickstarter campaign for new music from both bands.