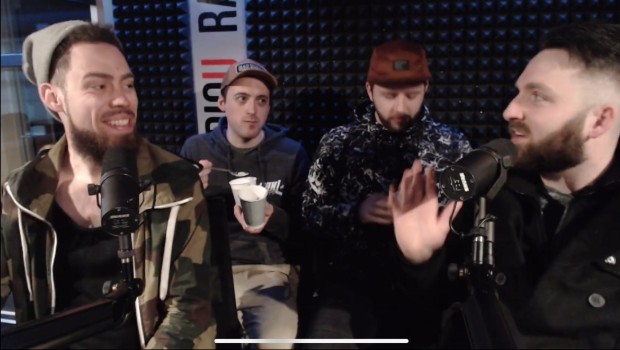 RadioU May 20, 2019 RadioU Music News No Comments on Truslow premieres first single since 2014

The wait is over for new music from Truslow! The band’s new single “Walking” is out now and comes as the first new release from the band since they gave us the Hurricane EP in July of 2014. You can pick up the new track right here.

Fans in the Columbus, Ohio area will have the first chance to hear the new single live when Truslow plays alongside Mike Mains & The Branches at Skully’s Music Diner this Saturday night. Details can be found below.

Win a chance to hear our new song before anyone else! Snap this, Repost, USE THIS CAPTION, & comment below letting us know who to look for. We will send 1 lucky Instagram winner our new single a whole week early! www.TicketWeb.com Live at @skullysmusicdiner May 25 w/ @mikemainsmusic and @michiganderband

If you missed it, Truslow recently stopped by the RadioU studios to hang with The RIOT where they talked about what they’ve been up to and ate Pop Tart cereal. You can see video of their time here on The RIOT’s YouTube channel.