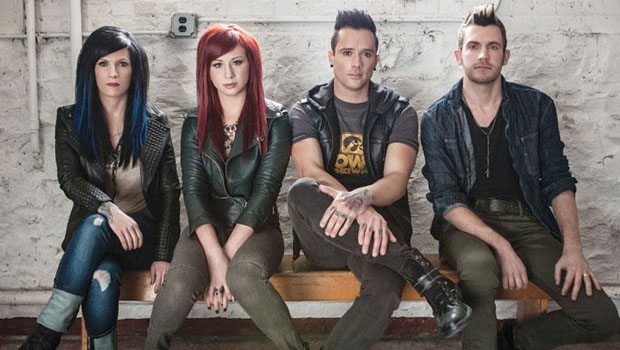 Plus, Skillet and The Red Jumpsuit Apparatus are heading to South Africa, Trip Lee takes Rise Tour through Texas and the midwest, Digital Tour Bus posts new episode of Video Games On Tour and more.

If you didn’t get out to this year’s Winter Jam Tour to see Skillet and Family Force 5, they’ll be livestreaming the show from Houston’s Toyota Center this Saturday via StageHop.

Speaking of Skillet, they’ll be heading to South Africa with The Red Jumpsuit Apparatus for Freedom Festival. They’ll be playing alongside 10 other bands at two different venues in Pretoria and Cape Town.

Trip Lee will be heading through the midwest and Texas this month on the Rise Tour, and you can check out a tour recap from Jam The Hype below.

Digital Tour Bus has posted another episode of Video Games On Tour. This one features The Ongoing Concept facing off against Silent Planet in Mario Kart 64.

Fusion hiphop artist Theory Hazit just posted preorders for his new album The Fall Of The Light Bearer on iTunes. With each preorder, you’ll get an immediate download of the new song “Honorable Mentions.”