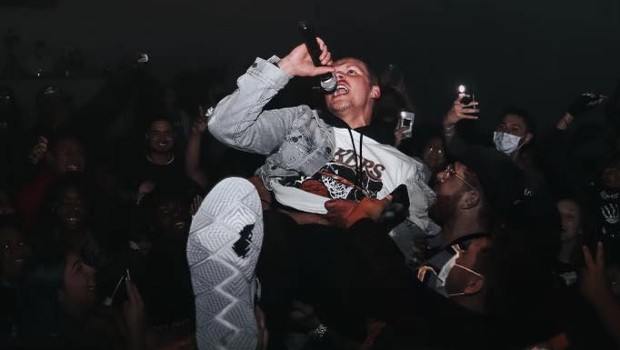 Zauntee just dropped a new single titled “BackFromTheDEAD.” He’s also premiered the official music video for the song which can be seen on his YouTube channel.

Last month, he premiered a three-part video series that gives you a behind-the-scenes look at his life and music. The first installment introduces you to his family and support system, and you can see it below.

If you missed it, this summer Zauntee dropped his Warehouse Sessions EP, which features new versions of four songs from his debut album 3:34. You can check it out right here.