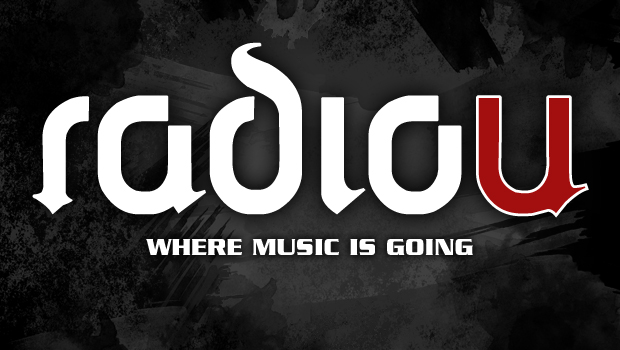 Something completely different. Now available for your station.

These days, almost every city and town has at least one Christian music station. And some areas have what seems like a half-dozen Christian stations, all playing the same Tomlin-MercyMe-Casting Crowns format, all reaching the same soccer mom named Becky and her rugrats, and all “safe for the little ears” in the backseat.

And there’s nothing wrong with that. After all, Becky depends on those stations.

But what if YOUR city or town could have a station that goes somewhere totally different? A station that younger listeners could actually fall in love with and become passionate about? A station that plays Christian music, but that doesn’t immediately sound like Christian radio at all?

It’s plug-and-play ready for your station, in your city.

The music is louder. The DJs are authentic. The intended audience is twentysomethings and younger, whether Christian or (especially) not. RadioU is completely localizable and reliably delivered by IP.

Read on. And learn how your station can join up with RadioU: where music is going.

RadioU is a 24/7 localizable radio format.

RadioU’s music is SO different, you’ll no longer be mostly sharing the same audience with other Christian stations. Instead, you’ll be skimming listeners from your local alternative, rock, top 40, and hip hop stations. And that’s by design.

RadioU is well-done radio. Anchored in the mornings by The RIOT, RadioU has strong air talent 24/7. RadioU’s award-winning imaging and production will stand toe-to-toe with every mainstream station in your market. As you should expect, RadioU’s playlist is carefully curated, with every hour scheduled to meet listener expectations. Although RadioU partially targets college age listeners, this isn’t “college radio.” And although meant for younger listeners, this isn’t “youth group radio,” either.

Request lines actually get answered, and listener connections are strengthened every day through RadioU’s strong social media presence. Plus bands and artists pass through our studios all the time, there’s contest giveaways… pretty much everything your listeners want from your station.

RadioU is part alternative, part hipster, part hip hop, and yes, part screaming rock music. Names you probably recognize include Family Force 5 and Switchfoot. Names you might not know as well include Abandon Kansas, Fireflight, Manafest, and Project 86. Names your listeners probably know from mainstream stations (but maybe didn’t realize they were Christian) include Red, twenty one pilots, and Owl City. Check our @RadioUNOW Twitter feed to see what we’ve been playing lately.

Yes, RadioU is customizable for your station.

Our approach to localization is a little different from what you’ve probably heard from network formats elsewhere. Some formats rely on usually-awkward-sounding DJ “magic calls” for localization. Other branded national formats don’t seem to allow any customization at all. For RadioU, the answer lies somewhere in the middle.

RadioU is a branded, national format (it’s known on-air as “RadioU”)… but it can also be customized to any local station. We avoid “magic calls” like the plague, but your station retains up to six opportunities every hour for customization through produced IDs, liners, spots, and other elements. So your station can be known locally as “Poughkeepsie’s 96.7 RadioU” with concert spots, promos, commercials or whatever content you like during the network breaks each hour.

We don’t actually have an affiliate in Poughkeepsie yet. But we’d like to. It’s fun to say “Poughkeepsie.”

The most important thing.

Yes, RadioU is loud. It’s a little more real and “in your face” than some broadcasters might be comfortable with. But RadioU will help your station appeal to listeners of all ages who are seeking, but who are generally not reached by typical Christian AC formats. Your station will gain new listeners who need to hear this music (and especially its message) far more than you can imagine right now.

What started in 1996 as one listener-supported FM station playing Christian alternative music for college and teen listeners has grown into a small network of stations from New York to California. We’ve been told over and over that this could never work… but here we are, almost twenty years later.

You should know that RadioU is simply a means to an end… to reach younger listeners with the life-changing message of the Gospel. Our DJs don’t preach, but they do connect and guide listeners toward a relationship with Christ in a “real life,” actionable way:

I was an atheist — I believed in nothing. After five attempts at my life, I finally decided it was going to end. I was tired of feeling alone, like nothing was there. After I found your station, I actually listened to what was being said. Since then, my outlook on life has become amazing. I am thankful for your radio station for saving my life.”

I had doubts about God for a while, and have been faced with some dark times that only God could pull me out of. If it wasn’t for RadioU I wouldn’t have reached out to Him. The DJs don’t make you feel bad or pressure you or judge. They simply let you know there is somebody out there that will listen and help you.”

RadioU has helped me throughout the years. The words calling me to know Jesus, and the music keeping me going — if it weren’t for RadioU, I’d have given up hope.”

Today I’m celebrating one year since I kicked cutting and all forms of self-injury. I handed it over to God. RadioU has been really encouraging along the journey. Thanks for being a radio station that doesn’t make people like me invisible, but acknowledges and loves us. It truly makes a difference.”

I listen to RadioU all the time. To be honest, when my parents argue and stuff, I feel like I can just listen to RadioU and all my tears can just disappear. I love how when I can’t sleep RadioU is playing and I can listen. Sometimes, I just need somebody to know how I’m feeling. Thanks by the way.”

RadioU has literally changed my life. It has given me more than I thought just a simple radio station could give someone: it’s given me hope!”

On some occasions RadioU is the only thing that helps me feel that God is not a pointless endeavor. It’s rare to find people who do not make faith seem ‘cheesy’ or superficial, so I find RadioU’s combination of sincerity and humor refreshing.”

I absolutely cannot live without RadioU. My relationship with God has improved so much since I started listening to RadioU. It reminds me that this is all about something much bigger than me.”

Our goal with RadioU is to provide your station with an affordable, well crafted, major-market-sounding on air product so that you can spend more time and energy promoting your station within your community. RadioU is delivered via IP through an inexpensive hardware codec and your studio’s existing broadband Internet service.

Been running programming from another network?

The fee for RadioU’s programming is based on market size. If you’re coming to RadioU from another network, we’ll match their fee and even give you RadioU for half their fee for the first six months with an 18-month commitment. Contact us for details!

You’ve GOT to hear this.

No need for a “sample hour”

Instead, click here to see what RadioU’s just played in realtime.

Let’s be honest about this

We’re not going to lie.

RadioU may not be the right fit for every station’s vision or programming strategy. There. We said it.

But it might also be exactly what your FM station, HD-2 channel, or LPFM has needed all along.

We encourage you to carefully revisit your station’s original vision. And then we should talk — because there’s a wide-open opportunity for ministry here.