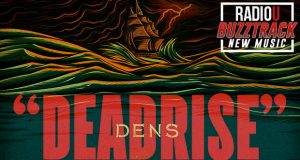 New to RadioU this week! DENS is releasing their first EP through Facedown Records on June 29th and once you hear their first single “Deadrise” you’ll be counting down the minutes until it gets here. You can request it now on RadioU by calling 877-2-RADIOU! Listen, vote, or buy below: Vote for the Most Wanted   [...]