Reach Records artists sit down for a Q&A

If you haven’t been able to get out to the Unashamed Forever Tour, not only are you missing performances from some of your favorite Reach Records artists, but you also missed out on an interesting Q&A session they did at their recent stop in Atlanta. The good news is there’s footage of the event so [...] 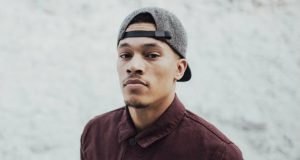 RadioU Fusion artist Trip Lee just dropped a brand new single titled “No Days Off” that was produced by fellow Reach Records artist GAWVI. The new track is Lee’s first new release in over two years and you can hear it below. We last heard from Trip in late 2016 when he shared his mixtape, [...]

It’s finally release day for Tedashii! His album Never Fold has been in the works for over a year and now it is available at last! You can download your copy right here. The new record features guest performances from several artists including Lecrae and Trip Lee, who also shows up in the new music [...]

We’re down to one week until the release of Tedashii’s highly anticipated album Never Fold and he’s decided to share a music video for one of his new songs to whet your appetite. The visual for his single “God Flex” featuring Trip Lee is live now and you can find it on the Reach Records [...]

Tedashii’s long-awaited new album Never Fold is coming our way in less than two weeks and now we have a taste of what it will sound like. He just dropped the new single “God Flex” featuring fellow Reach Records recording artist Trip Lee and you can download it instantly if you pre-order his new album [...]

Rock The Desert will feature Lecrae, The Devil Wears Prada and more

The latest big summer festival to reveal its lineup is Rock The Desert. This year marks the 20th anniversary for the event and will feature something for everybody! If you’re a Fusion fan, you’ll be able to catch Lecrae, GAWVI, Aaron Cole and AC.jR & BradyJames. For Battery supporters, The Devil Wears Prada, Fit For A King, Death [...]

Tedashii’s new album has a title and release month

Rumors of a new album from Tedashii have been swirling for over a year and now it seems the album is finally materializing! He recently shared that the title of his next record will be For The Glory and that it should be released in March of this year. You can see the full announcement [...]

In honor of Valentine’s Day, GAWVI just put out a new love song titled “Hope You Say” that’s perfect no matter what your relationship status. You can hear the emotional new track for yourself right here. Your chance to see GAWVI performing the new song and more is coming up on the massive Unashamed Forever [...]

It’s official! The 116 Clique is getting back together for a tour in 2019! Last year, Lecrae hinted at the possibility of a 116 tour and now Reach Records has revealed that the Unashamed Forever Tour will be happening later this year. The full lineup hasn’t been announced yet but you can likely expect Lecrae, [...]