Krum and RadioU Fusion artist Theory Hazit have started their #MuddyMonday series where every week they’ll perform a live version of one of the songs from their upcoming collaboration album. You can check out the first installment on Krum’s Instagram. View this post on Instagram Today we kick off our #MuddyMonday series. Each week we’re [...]

Krum and RadioU Fusion artist Theory Hazit recently revealed that they’ve teamed up to record a new album that will be released at a yet to be determined date. As we wait for more details on that project, they’re giving their hardcore fans a way to hear some of the songs that didn’t make the [...]

Skillet takes you behind the scenes in Europe

Plus a new video from KRUM, Faintheart shares a live performance and Imperial’s new album is here… If you weren’t able to follow Skillet all around Europe on their summer tour, you can do the next best thing, check out their vlog. They’ve assembled tons of highlights and behind the scenes footage for your enjoyment [...]

Something is coming from Tiger Drive 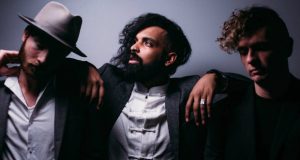 Plus a new song from Krum, an acoustic track from Mat Kearney and a free remix from Lecrae and DJ Promote… Tiger Drive recently posted an image indicating something big is coming from them on May 25th. We’ll let you know when we find out more and you can keep your eyes on their social media [...] 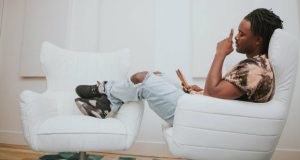 Plus Thrice’s “Red Telephone,” Krum teams with Heath McNease, and Earth Groans posts new video… Social Club Misfits just dropped their second single from their upcoming album that will be here in 2018. The new track is called “Say Goodbye” and you can hear it now on their YouTube channel. Thrice also gave us some [...]