Buzztrack: Spoken – “Through It All” 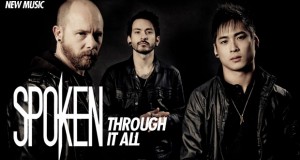 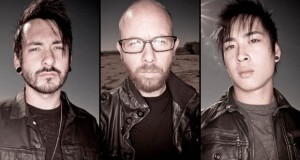 Spoken recently announced to the world that their much-anticipated, seventh studio album will be released on February 12th. The band has also announced a new label deal with eOne Music. You can catch the details in their recent interview with The RIOT. [...]

Spoken recently stopped by the RadioU studios and dropped some huge news! The band is officially releasing their seventh studio album on February 12th. We’ll keep you posted on new tunes and the album title right here on the Insider. And don’t forget to listen to their recent interview with The R!OT! [...] 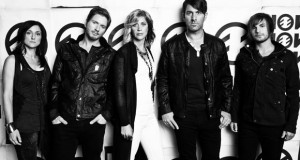 Fireflight recently posted an acoustic video for “Keeping Me Alive” off their latest album NOW. The band recently stopped by the TVU studios and you can catch that interview this week on TVU’s Most Wanted. Fireflight are out now on the Keep It Loud Tour with Spoken and KJ-52. [...]

Spoken on The RIOT

Spoken on The RIOT Spoken hung out with The RIOT in studio. They’ve finally announced a release date for their new record. (They promise this one’s for real!) [...] 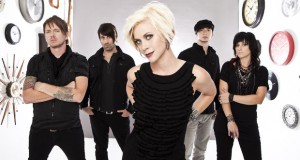 Just announced is the Keep It Loud Tour. Fireflight will be joining forces with Wavorly, Spoken, KJ-52 and more for a massive run of…four shows. They are still booking dates, so just keep an eye on the tour’s homepage to keep on top of it. Also, the tour is being sponsored by World Vision, To Write Love On Her Arms and more. [...]