Switchfoot bundles up for Christmas

Switchfoot has made their new Backstage EP available for purchase as part of their new Christmas gift bundles. You can see all the new merch and grab your favorite through their website. CHRISTMAS BUNDLES ARE HERE Y'ALL!We're coming in hot this year with a new flag set, jacket, hoodies, a brand new poster that comes [...]

Switchfoot teamed up with violinist Lindsey Stirling to create a special new version of their hit single “Voices” as well as a powerful new music video to go with it. You can check it out on Stirling’s YouTube channel. The band is also gearing up to release their annual Backstage EP, which features fan artwork [...]

The lineup for the 2020 edition of Rock The Universe has been revealed. Switchfoot, Tedashii, The Afters, and several other big name artists are scheduled to perform at the annual event, which takes place at Universal Studios in Orlando on January 24th and 25th. Tickets and additional info can be found below. Universal announces lineup [...]

The 50th GMA Dove Awards took place last night and several RadioU artists were among the winners! GAWVI took home his third career Dove Award, and his first in the Rap/Hip Hop Recorded Song Of The Year category, for his track “Fight For Me.” beating out Andy Mineo, Steven Malcolm, Social Club Misfits, and Lecrae. [...]

The nominees for the 50th annual GMA Dove Awards have been revealed and a ton of RadioU artists are up for honors this year. GAWVI, Switchfoot, Lecrae, Andy Mineo, and Steven Malcolm are all finalists in multiple categories. Aaron Cole also earned his first nomination in the “New Artist Of The Year” category and Social [...]

Switchfoot has revealed plans for their Fantastic Traveling Music Show. The tour will feature an acoustic and electric set at every stop and will hit cities throughout the U.S. this October and November. Full dates and details are posted below. This is going to be EPIC… This Fall, we’re embarking on a brand new voyage! [...]

Switchfoot covers Livin’ On A Prayer

Switchfoot has recorded a live cover of the classic song “Livin’ On A Prayer” in honor of their European summer tour alongside Bon Jovi. You can see video of the tribute track on their YouTube channel. If you can’t make it across the pond to catch Switchfoot live this summer, you can do the next [...]

Switchfoot just released a surprise new EP titled Live From The Native Tongue Tour that features music recorded at their live shows earlier this year. You can grab the EP right here. They also recently shared a live music video for their song “Take My Fire” that was filmed at their show in Atlanta. You [...] 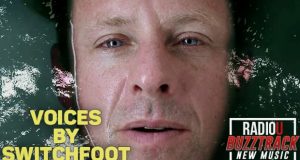 New to RadioU this week Listen, request or buy below: If you want to spend the summer with Switchfoot, you can either travel across Europe with them as they tour OR you can check out their new single “Voices” now on RadioU! Request for the Most Wanted   [...]

Silent Planet has added to their already busy touring schedule with a set of headlining dates this summer. They’ve announced several additional shows in the midwest this June and August including stops in Columbus and Oklahoma City. More info can be found on their Twitter. https://twitter.com/SLNTPLNT/status/1124460782262018048 The band has previously revealed that they’re hitting the [...]