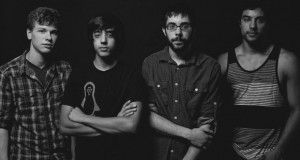 The Ongoing Concept has just announced the completion of their new album. It’s titled Saloon and they hope to release it sometime in January. They’ve posted the album artwork on Facebook along with the details for a December 1st music video shoot that you could be a part of. [...]