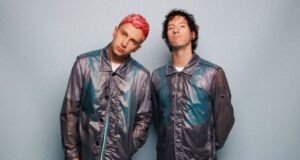 twenty one pilots had their performance on MTV Unplugged on Thursday night where they played reimagined versions of some of their hit songs. You can see it for yourself below. Last month the duo won Top Rock Album at the Billboard Music Awards with their record Scaled And Icy. It’s their second win in the category and their eighth [...]

It’s finally release week for twenty one pilots! Their sixth full-length album Scaled And Icy is out now featuring eleven brand new tracks, including the singles “Shy Away” and “Choker.” You can download and stream it below. ﻿ The duo is also slated to perform live during the Billboard Music Awards show in Los Angeles [...]