Demon Hunter spared no time this year to create a four-part comic book series EXILE in conjunction with the band’s eleventh studio album. Fans have the option to purchase the first issue right now and pre-order the remaining three issues which are currently in production and set to release in mid-2023. U can hear The [...]

IT. IS. HERE. Demon Hunter’s heavily anticipated album EXILE is out now and was previously set to release back on September 12th, but supply chain issues prevented it from coming out. View this post on Instagram A post shared by Demon Hunter (@demonhunter) We added “Heaven Don’t Cry” to your buzztrack and U can listen [...]

Due to ongoing supply chain issues, Demon Hunter will be delaying the release of their new album EXILE to Friday, October 28th. With a previous release date of Friday, September 9th, the EXILE tour will continue on time as expected. See the interview we recently did with the lead singer of Demon Hunter, Ryan, on [...] 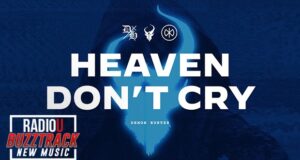 New to RadioU this week Listen, request, or buy below: Demon Hunter‘s new track “HEAVEN DON’T CRY” offers a heavy yet melodic taste of what’s to come on their new album EXILE when it arrives next month. You can hear the metal banger now on RadioU! Request for the Most Wanted  As an Amazon Associate, [...]

We are less than a month out from the release of Demon Hunter’s new album EXILE and Revolver Magazine even added it to their list of the “20 Most Anticipated Fall Albums of Fall 2022.” We recently had the chance to catch up with Ryan Clark, lead singer of Demon Hunter, to talk about the [...]

With a new album on the way, Demon Hunter decided to bless us with their new single “Silence The World” which is available below. ﻿ “Silent The World” will be on the band’s eleventh studio album EXILE, which is set for release this September, alongside an all-new comic book. Pre-orders for the new material can be [...]

Demon Hunter released a new song over the weekend called “FREEDOM IS DEAD.” You can hear it this week in the Battle Of The Buzz and you can check out the official music video below. “FREEDOM IS DEAD” is the first preview of the band’s eleventh studio album EXILE, which is set for release this [...]