Fever Fever swings by the RadioU studios during the holidays. Their Christmas lists include: socks, a new phone and a beard lint roller. [...]

Goose chats with Fever Fever about their trip to New Mexico to see the Breaking Bad house. [...]

Fever Fever joins The RIOT to talk about their West Coast tour, which included a trip to the Graceland of Breaking Bad, Albuquerque, New Mexico. [...] 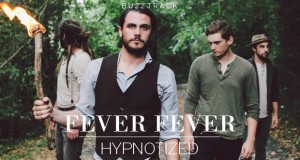 RadioU is welcoming Fever Fever to the family! We’ve got their brand new song “Hypnotized” from the new album Aftermath. It’s the band’s label debut for Slo Speak Records and you can catch the new video streaming exclusively on RadioU TV! For fans of: CADETS, Kye Kye, Truslow [...]