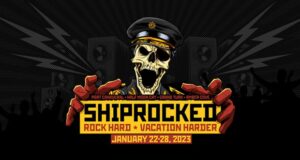 As 2022 comes to a close, let’s look back at some of the new music that got us through the year. Memphis May Fire got us through the heat of the summer when they put out their Remade In Misery album and then followed it up with a headlining tour. Demon Hunter got hit with [...]

Memphis May Fire announced for Welcome to Rockville festival

Memphis May Fire was just announced to perform at the Welcome to Rockville festival taking place from May 18-21st in Daytona Beach, Florida. The band will be performing on the 19th during the second day of the festival and you can get more details HERE. View this post on Instagram A post shared by Memphis [...]

Memphis May Fire wanted to give fans some custom merch by dropping a quilted jacket for purchase in their store HERE. View this post on Instagram A post shared by Memphis May Fire (@memphismayfire) U can watch the music video for their song “Make Believe” below: [...]

Memphis May Fire heading out on February 2023 tour

Just after completing their headlining Remade In Misery tour, Memphis May Fire is going back out on the road in the month of February 2023 to hit up 14 cities including Los Angeles, Orlando, and Columbus! View this post on Instagram A post shared by Memphis May Fire (@memphismayfire) We came out to see Memphis [...]

The Remade In Misery Tour has officially launched

Memphis May Fire’s Remade In Misery Tour with Wolves At The Gate has officially kicked off so if you’re looking to see them in concert this one might melt your face off. Details can be found below. We added “Left For Dead” to our setlist for the first time last night. Hear more songs from [...]

Congratulations are in order for Memphis May Fire. Their new album Remade In Misery just charted #2 on the Billboard for Hard Music and #4 for Rock. You can help them rise even higher by adding the record to your collection below. ﻿ They and Wolves At The Gate are about to hit the road [...]