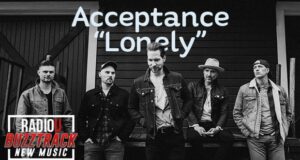 New to RadioU this week Don’t be lonely this holiday season — spend some time with the new song from Acceptance that we added to your Buzztrack: “Lonely.” Listen, request, or buy below: Request for the Most Wanted  As an Amazon Associate, RadioU earns from qualifying purchases. [...]

The band Acceptance released a deluxe version of their 2021 album, Wild, Free on Wednesday. This expanded version includes three brand-new songs. View this post on Instagram A post shared by Acceptance (@acceptanceband) Hear their most recent track that made your RadioU Buzztrack, “Release & Let Go.” [...]

Anberlin, Acceptance, and many more to play in Vegas

Anberlin, Acceptance, The Red Jumpsuit Apparatus, and many more are among the artists that will be featured at When We Were Young Festival. The event is taking place in Las Vegas this October and more info can be found below. Excited to kick off the 20th anniversary as a band by announcing that we’ll be [...] 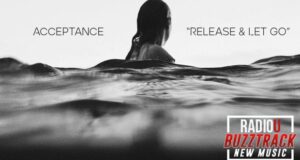 New to RadioU this week Listen, request, or buy below: Acceptance‘s new single “Release & Let Go” is an impassioned plea for forgiveness that will hit you right in the tear ducts. We’ve just added it to the playlist so you can experience it now on RadioU! Request for the Most Wanted  As an Amazon Associate, [...]

Anberlin has announced that they are reuniting for a tour of the eastern half of the U.S. this fall. They have dates booked throughout September and you can find details and tickets through their Twitter. It's been too long, but the time is FINALLY here: we're playing lives shows in September across the US with [...]

Anberlin just dropped their live album Paper Tigers, which features the band performing their 2008 record New Surrender in its entirety. You can check it out below. ﻿ They’re also gearing up for their Heavy Lies The Crown live stream show, which takes place this Friday night and includes a full performance of their 2012 [...]

A rare opportunity to catch Acceptance and Anberlin live is coming up this October as both bands are slated to be a part of the recently rescheduled Chain Fest in Irvine, California. Tickets and details can be found right here. The festival is being pushed back one more time… Tickets are on sale right now, [...]

Acceptance – At The Edge Of The Earth 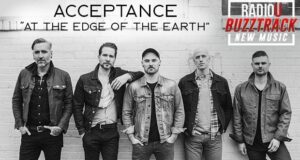 New to RadioU this week Listen, request, or buy below: Acceptance‘s new single “At The Edge Of The Earth” is a mature, emo anthem that you’ll want to hear again and again, and now you can on RadioU! Request for the Most Wanted  As an Amazon Associate, RadioU earns from qualifying purchases. [...]

Acceptance is the focus of the latest episode of the Tooth & Nail Records: Labeled podcast. In it, they share the story of their hit album Phantoms, their rise to success, their 2006 hiatus, and more. .@AcceptanceBand created their landmark album 'Phantoms' & quickly became a legend of the scene, but the band never truly [...]