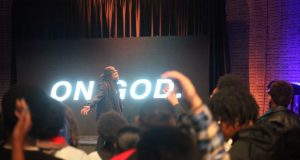 The brand new music video for Adrion Butler’s latest single “What Was That” is officially here! He just premiered the new visual and you can view it now on his YouTube channel. If you want to check out some behind the scenes footage for the video, you can find several updates and even a live [...]

What was that? The new single from Adrion Butler

Adrion Butler shared some long-awaited new music recently with the premiere of his latest single “What Was That.” It’s his first new release since October of 2017 and you can grab the track below. A new music video should be coming soon from Butler as well. He live streamed from the video shoot earlier this [...]

Adrion Butler working on a new song and music video

Adrion Butler has been hard at work preparing to release a brand new music video. He’s been sharing updates on the process on his Facebook page including a live stream from the video shoot that you can see below. Video shoot Posted by Adrion Butler on Wednesday, January 2, 2019 The video should be for [...] 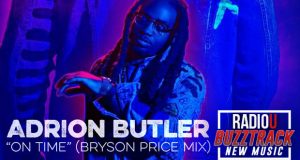 New to RadioU this weekend! Listen, vote, or download below: Vote for the Most Wanted [...]