After a very quiet year, NF breaks his silence on Twitter to tell fans that the first music video for his new album is being filmed next month along with dropping other hints about the upcoming project. He goes on to confirm that there will be two features on the album who have not been [...]

It’s been over a year since the release of his last album, but NF has been back in the studio and previewed some new music in a short clip on his Instagram account today. View this post on Instagram A post shared by NF (@nfrealmusic) U can hear his song “DRIFTING” we added to your [...]

Zauntee’s album “The Stonebrook Project” is out now 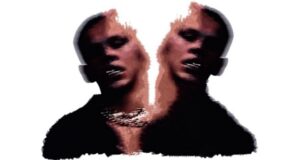 “Build me an altar and call it Stonebrook” is the driving quote behind the release of Zauntee‘s second album The Stonebrook Project. The album is out now across all streaming platforms and includes singles “Jesus Called My Name,” “God is on My Side,” and “Life I Chose.” View this post on Instagram A post shared [...]