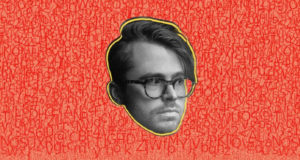 Just one month after releasing his debut album There’s No Stopping Us, Jared Marc has unveiled a surprise new single titled “Villain!” You can add all of his new stuff to your collection right here. If you missed it, Jared joined The RIOT earlier this summer to talk about the difference between Jared Marc and [...]

Jared Marc’s highly anticipated album There’s No Stopping Us is finally here! The new record includes seven brand new tracks, one of which is his hit single “What You Want.” You can find it below. If you missed it, Jared joined The RIOT a few weeks ago to talk about the difference between Jared Marc [...]

Are You Ready for new Jared Marc?

Jared Marc just shared a brand new single titled “ARE YOU READY.” You can check it out along with a handful of other recent tracks from his collection right here. If you missed it, Jared joined The RIOT last week to talk about the difference between Jared Marc and Euvoia, his many dogs, what kind [...] 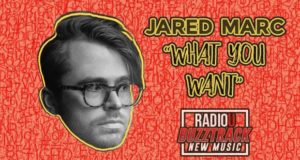 Euvoia just gave us a surprise new track titled “The Open Sky” as his first new single since July. You can grab the new release, along with the rest of his discography, right here. He’s also announced the details for an upcoming show in his hometown of Columbus, Ohio where you’ll be able to experience [...]

Graceful Closure is becoming Euvoia and Jared (and Bryce!!) come by to give us the ins and outs of this new stage in their musical journey. We also find out where the name “Graceful Closure” comes from and where else we can find new music from Jared. [...]

A new song and music video from Euvoia

Euvoia made good on his promise to deliver even more new music over the weekend. He just shared the track “Trippin” as well as a new music video to go with it that you can see on his YouTube channel. If you haven’t heard, Euvoia is the new solo project from Jared of Graceful Closure [...] 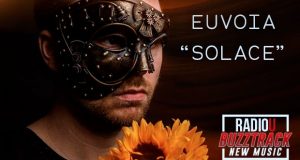 New to RadioU this week Listen, request or buy below: Graceful Closure is no more but Jared from Graceful Closure is going strong with his new solo project Euvoia! You can hear his debut single “Solace” now on RadioU! Request for the Most Wanted   [...]

There’s bad news, good news, and even more good news for fans of Graceful Closure. The bad news is that Chase is stepping away from the band and leaving Jared to carry on the torch as a solo act. The good news is that Jared is continuing on and retitling the project Euvoia. You can [...]