Fit For a King

Skillet is hitting the road in a few months to headline the Aftermath Tour. They’ll be playing shows across the country from September 12th through October 22nd. You can get more info on their Twitter. We're back and ready to rock! The Aftermath Tour with special guests Adelitas Way is coming to a city near [...]

Lecrae is hitting the road this fall for his first tour of 2021. He’ll be playing shows coast to coast from September 16th through November 7th and you can get more info on his Twitter. By the way… @MavCityMusic pic.twitter.com/IsAIVfLBVV — Lecrae (@lecrae) June 4, 2021 He also has several summer festivals on his schedule, [...]

Memphis May Fire’s first new single since 2019 is “Blood & Water” and it’s finally here! You can check it out below. ﻿ You’ll have the chance to catch the band playing the new track live at Alive Music Festival next month. They’ll be joined by Skillet, Andy Mineo, Ledger, KB, Fit For A King, [...] 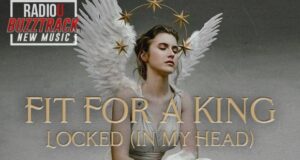 New to RadioU this week Listen, request, or buy below: Hard driving guitars and a melodic hook pair perfectly together on Fit For A King‘s latest single “Locked (In My Head)“! The video has been a hit on RadioU TV and now you’re able to hear it on RadioU as well! Request for the Most [...]