The Devil Wears Prada just shared their first set of tour dates for the new year They’ll be heading out on a massive North American tour in support of We Came As Romans alongside RadioU Battery band Gideon and more. All the dates and info can be found below. Pleased to announce we will be [...]

Norma Jean just shared their new live music video for the song “Safety Last” from their latest record All Hail. You can check it out now on the Solid State Records YouTube channel. If you missed it, the long awaited eighth studio album from the band dropped last weekend through Solid State Records. The new [...]

Norma Jean’s long awaited eighth studio album All Hail is available now through Solid State Records. The new release includes 14 brand new tracks and you can check it out right here. Prior to the album’s release, the band shared a video that takes you inside the studio for the recording and producing process of [...]

The Devil Wears Prada has premiered the official music video for their track “Chemical” off of their latest album The Act. You can see it now on the Solid State Records YouTube channel. It was earlier this month when the band dropped The Act as their highly anticipated seventh studio album. The new release features [...]

At last, The Devil Wears Prada’s long awaited new album The Act is finally available through Solid State Records! You can stream and download the new release, which features 12 brand new tracks, right here. The band has also scheduled dates for The Act Tour with Norma Jean and RadioU Battery band Gideon accompanying them. [...]

The Devil Wears Prada just gave us another taste of their highly anticipated new album The Act. Their latest single “Chemical” follows “Please Say No” and “Lines Of Your Hands” as the third preview of the forthcoming record and you can hear them all right here. You only have a few more weeks to wait [...]

The Devil Wears Prada shares another taste of The Act

The Devil Wears Prada has premiered the second new song from their forthcoming album The Act. The new single is titled “Please Say No” and you can hear it and “Lines Of Your Hands” below. You only have a few more weeks to wait until the band’s next full-length album is available. The Act is [...]

The Devil Wears Prada has been teasing new music on their Twitter for a while and now we are finally getting the first real taste of a new album! They just premiered the new song “Lines Of Your Hands” and you can check it out right here. The track is the lead single of the [...] 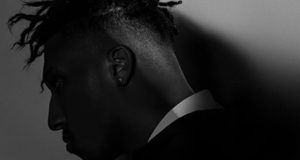 Plus Andy Mineo featured on So You Think You Can Dance, a new video from Aaron Cole and Gideon and Nothing Left announce tour… This weekend brings us the release of Lecrae’s highly anticipated collaboration album Let The Trap Say Amen. You can grab it below and check out the new music video for the [...] 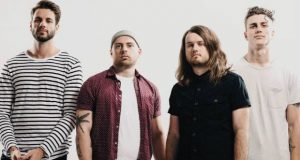