It’s finally release day for Aaron Cole! His debut album Not By Chance is available now on Gotee Records and includes 13 new tracks and a guest appearance from RadioU Fusion artist Derek Minor. You can grab it below. Speaking of guest appearances, Cole makes one of his own on the new collaboration album from [...] 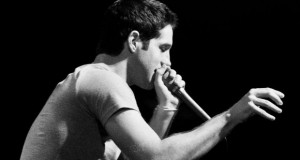 Plus, Gotee Records announces 20th anniversary album and Sivion releases a new music video. Jared had a chance to talk with viral video star Heath McNease this past week, and they discussed…what else…his “Bounce House” video. You can check out the video now on RadioU TV. Gotee Records, the label that launched the careers of House [...] 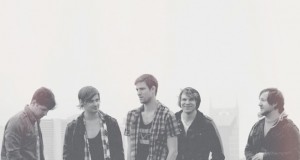 SloSpeak Records, home to Pioneer, is planning to release a 12-track Christmas compilation today! SloSpeak Christmas Vol. I includes artists from SloSpeak Records as well as contributions from Gotee Records’ artists. You can stock your Christmas playlist with House Of Heroes, Pioneer, Deas Vail, Matt Shelton of The Wedding, David Curtis of Run Kid Run [...]

Gotee Records recently released ‘Tis The Season To Be Gotee Too, a compilation of Christmas tunes from Abandon Kansas, House Of Heroes and more. Abandon Kansas has posted a video chronicling their time in Nashville recording the new song. Lead vocalist Jeremy Spring said, “We went with ‘Do You Hear What I Hear’ because we [...]