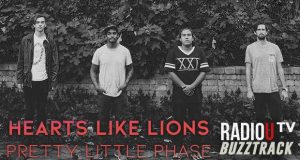 New to RadioU TV this week Watch, vote, or buy below: The new “Pretty Little Phase” video from Hearts Like Lions really POPS! Don’t get it? You will once you check out the video on RadioU TV! Vote for the Most Wanted As an Amazon Associate, RadioU earns from qualifying purchases. [...]

Hearts Like Lions just dropped their remix EP that includes four new takes on songs from their 2017 album If I Never Speak Again. You can pick it up for yourself right here. The band also went one to premiere an all-new music video for their hit single “Pretty Little Phase” off of If I [...]

Hearts Like Lions is hitting the road for their first tour since last fall’s run with LOYALS. They have shows coming up in the southern U.S. from April 30th through May 11th and you can find the full list of dates on the Tooth & Nail Records Twitter. https://twitter.com/toothandnail/status/1109841307197935617 West coast fans of Hearts Like [...]

Plus a new track from Fit For A King, Hearts Like Lions and LOYALS announce joint tour and Disciple booking fall dates… twenty one pilots just premiered a music video for “Nico And The Niners”, which is the second new track from their upcoming album Trench. The video is the second part of a three-part story [...] 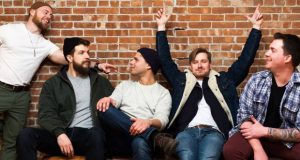 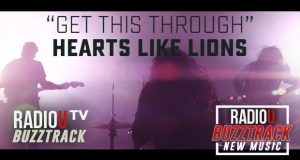 New to RadioU and RadioU TV! Hearts Like Lions‘ mustache game is strong, and their new song “Get This Through” is even stronger! If you’re ready for some new, thoughtful indie rock in your life, you can see and hear their latest now on RadioU! Watch, vote, or buy below: Vote for the Most Wanted [...] 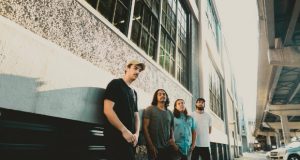 Plus new music from KB and Mat Kearney premieres music video… The RIOT caught up with Stephen from Hearts Like Lions earlier this week… You can hear the full interview below. KB just dropped a brand new single called “No Chains” as well as a music video to go with it. You can pick it [...]

The Devil Wears Prada tells all

Plus Aaron Cole on tour, Hearts Like Lions announces west coast dates, and Impending Doom to release new album after five years… The Devil Wears Prada frontman Mike Hranica recently did an interview with Alternative Press where he shares some of their upcoming touring plans, his take on the current metal scene and when we [...] 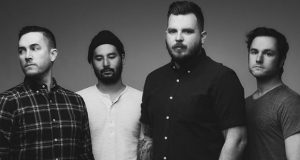 Plus Memphis May Fire announces spring shows, Death Therapy adding headling dates, and Hearts Like Lions sneak peeks a new video… You already love singing along with Thrice, so why not do it for their new album? They’re looking for fans to lend their voices to one of the songs on their next release and [...]