Hope For The Dying

Death Therapy’s long-awaited instrumental EP Dance Therapy: Pre Apocalyptic Cyber Funk For Late Stage Humanoids is out now! Metal guitarists Jack Daniels, Daniel Galley, and Patrick Judge each guest on the album and you can check it out for yourself right here. The band also recently shared a playthrough video for “Terra Infirma” featuring Jack [...]

Death Therapy just released another instrumental track from their forthcoming EP Pre Apocalyptic Cyber Funk For Late Stage Humanoids. Their latest offering is “Cheat Code ‘87” and features Demon Hunter’s Patrick Judge on the guitar. You can hear the new jam below. The band also recently shared a playthrough video for “Terra Infirma.” The song [...]

As if Jason Wisdom hasn’t been putting out enough new music with Death Therapy, he’s now launched another band called The Reversalist that’s releasing new stuff as well. You can hear the first song from his new project below. With Death Therapy, Wisdom has released two new songs from an instrumental EP titled Pre Apocalyptic [...]

Death Therapy just shared a playthrough video for the second single “Terra Infirma” off of their forthcoming instrumental EP.Pre Apocalyptic Cyber Funk For Late Stage Humanoids  The song and video feature guitarist Jack Daniels from War Of Ages and Hope For The Dying and you can see it on their YouTube channel. “Guardian Awakening” was [...]

Death Therapy has unveiled the second new song from their forthcoming instrumental EP Pre Apocalyptic Cyber Funk For Late Stage Humanoids. The new track is titled “Terra Infirma” and features a guest appearance from War Of Ages and Hope For The Dying guitarist Jack Daniels. You can hear the new jam below. “Guardian Awakening” was shared [...] 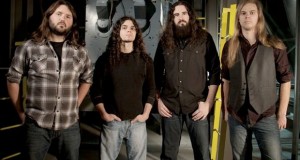 Hope For The Dying has posted a new lyric video for a song called “Iniquitous“. The track is off their upcoming album Aletheia which releases on March 19th. The band resides on Facedown Records and this will be the follow-up to their 2011 full length Dissimulation. [...]