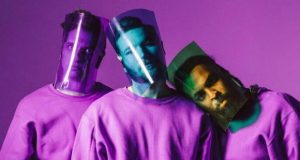 Tiger Drive has posted an intense new music video for their latest single “Watch Me Go Live.” You can cast your eyes upon the new visual on the band’s YouTube channel. The video premiere comes just one week after the new track dropped. You can download it right here. The new song and video are [...]

Tiger Drive has been teasing a new release on their social media for the past several weeks and now it’s finally here! They just unveiled their new single “Watch Me Go Live” and you can add it to your collection right here. Before Christmas, lead singer Jeremy Claudio let us know in an interview with [...]