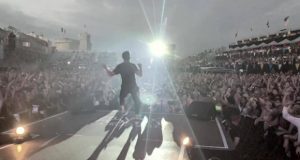 RadioU Fusion artist Kevi just dropped a new music video for his song “No Name.” He says… We tend to ask for things but never go for them. I wanted to bring into reality, well at last my reality life is good but there’s nothing like sharing it with someone who loves you. I hope [...] 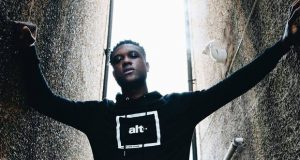 Kevi cranks it up

RadioU Fusion artist Kevi just shared some new music. His latest single is called “Crank It Up” and in a recent Facebook post, he said… “These Past few months have been challenging for me I’ve gone through a series of events but I’m knowing God will always shine through them. I wrote the song “CRANK [...]

Kevi keeps it real in his new video

RadioU Fusion artist Kevi recently dropped a new music video for his latest single “Real No Fake.” The video was made with the help of Orange Cap Pictures and follows Kevi performing the track in the middle of a cornfield. You can see it for yourself on his YouTube channel. If you missed it, the song, [...]

Plus Fit For A King’s new album is here, House Of Heroes announces ten-year anniversary show, and a new single from Kevi… It’s one of the biggest weekends of the year for new music with a double shot of highly anticipated records. Thrice’s milestone tenth studio album Palms is out now, featuring their hit song “The Grey” [...]

Plus P.O.D. announces new album, Aaron Cole going on tour and a new song from Kevi… KB has more new music in the works to follow up his latest single “Long Live The Champions.” He recently posted a video preview of him performing a yet to be released track and you can check it out on [...]