Just one week after unveiling her new song “Awaken Love,” Lacey Sturm has posted the official music video for the track. You can see it for yourself on her YouTube channel. “Awaken Love” was co-written by Korey Cooper of Skillet and dropped just a few days ago. You can add it to your collection right [...]

Love And Death – Down 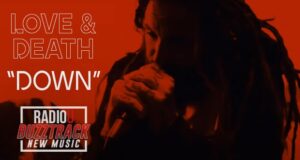 New to RadioU this week Listen, request, or buy below: Love And Death‘s Perfectly Preserved is an album eight years in the making and now we know it was well worth the wait! The lead single “Down” is a certified headbanger and you can hear it on RadioU! Request for the Most Wanted  As an Amazon [...]

Lacey Sturm just dropped a brand new single titled “State Of Me” that was co-written with John and Korey Cooper of Skillet. The track comes as a preview for her next album, which should be out sometime this summer. You can hear the new song below. ﻿ A new music video for the song has [...]

Lacey Sturm and Matty Mullins will both be special guests for Love & Death’s album release live stream this Friday night. Tickets are still available and you can find out more on Love & Death’s Twitter. We are 4 days away from our album release concert! Excited to have @MattyMullins @LaceySturm & @kjwallen joining us! [...]