Mat Kearney is going to Nantucket

Mat Kearney has announced that he will be performing at Moon River Music Festival in Chattanooga this September. The full lineup, details, and tickets can be found below. I’m excited to announce that I’ll be performing at @MoonRiverFest this September 10-11! Tickets are on sale now. Can't wait to see you in Chattanooga!https://t.co/RrZYsqxSCy pic.twitter.com/IjJwILYySz — [...]

Mat Kearney shares a Super Duper remix of Something Beautiful

Mat Kearney just put out a brand new version of the song “Something Beautiful” off of his latest album January Flower. You can hear the “Super Duper Remix” for yourself right here. ﻿ If you missed it, back in October he dropped the deluxe version of January Flower. The expanded edition of the record includes [...]

Just a few days before he was to embark on his January Flower Tour, Mat Kearney has been forced to postpone the trip. Many of the dates have already been rescheduled for early 2022 with more announcements still to come. You can find out more on his Twitter. This is my least favorite post I [...]

Mat Kearney recently premiered a new track titled “Odds” that will be included on the deluxe version of his album January Flower, which is scheduled to drop on October 1st. You can hear the new song and pre-save or pre-order the album below. ﻿ Kearney is also scheduled to hit the road this fall for [...]

Mat Kearney – Anywhere With You 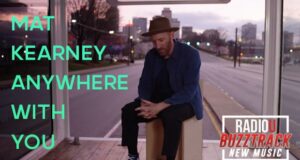 New to RadioU this week Listen, request, or buy below: Mat Kearney‘s brand new album January Flower is loaded with plenty of his signature laid-back and thoughtful jams, and the best of them all may be his single “Anywhere With You” which can be heard now on RadioU! Request for the Most Wanted  As an [...]

Mat Kearney sets the date for his next album

Mat Kearney has revealed that his new album January Flower will be released on May 21st. He has also premiered the song “Powerless” as a preview of the forthcoming record. You can hear the new track and pre-order or pre-save the record below. ﻿ A few weeks ago he shared an acoustic version of the [...]

Mat Kearney recently shared a new acoustic piano version of his latest single “Can’t Look Back.” You can check it out for yourself right here. ﻿ Late last year Kearney released a new track “Grand Canyon” as well as a new music video to go with it. You can see it now on his YouTube [...]