Crusoe’s new EP is out now!

The wait is officially over for Crusoe’s new EP! They just dropped their new record, which features their newest single “Go And Get It” as well as their RadioU hits “Standing On Lightning” and “Wild Ones” plus four other brand new tracks. A Cure For Gravity is now available through Morning Routine Collective and you [...]

Plus Fit For A King’s new album is here, House Of Heroes announces ten-year anniversary show, and a new single from Kevi… It’s one of the biggest weekends of the year for new music with a double shot of highly anticipated records. Thrice’s milestone tenth studio album Palms is out now, featuring their hit song “The Grey” [...] 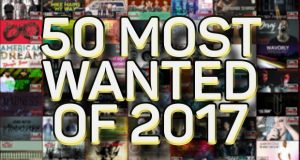 The year’s most popular songs according to YOUR votes! 2017 was a fantastic year for music and we’ve tallied an entire year’s worth of votes to give you the 50 most popular songs. What do you think of this year’s list? What was your favorite song of 2017? [...]