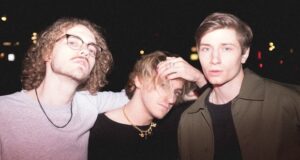 Thy Witness just dropped their first new single of 2021. Their latest is titled “Magnolia” and you can hear it in the Battle Of The Buzz this week! ﻿ Back in November, the band dropped their hit track “Fortress” which has gone on to make it to #1 in the Most Wanted several times. You [...]

After several months of crushing it in the Most Wanted, Zauntee has finally made his hit single “Center Stage” available to stream and download! You can add it to your collection right here. The release coincides with the kick off of his time on the Winter Jam Tour Spectacular, which will be hitting cities across [...] 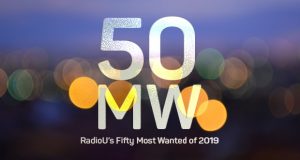 The year’s most popular songs according to YOUR votes! 2019 was a fantastic year for music and we’ve tallied an entire year’s worth of votes and requests to give you the fifty most popular songs. What do you think of this year’s list? What was your favorite song of 2019? [...]

Rusty Shipp just got added to the RadioU playlist over the weekend and they’ve already got more new music for you to check out! They just released a new single titled “Detonator” as well a music video to go with it. You can grab the song below and you can find the video on their [...]

Knox Hamilton recently visited the Audiotree studios in Chicago where they performed several of their biggest hits, including “Mission Control,” “Work It Out,” and their newest single “Cool.” You can find video of their full set on the Audiotree YouTube channel. If you haven’t heard it yet, “Cool” was released only a few weeks ago [...]