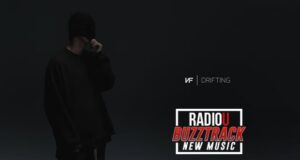 New to RadioU this week Listen, request, or buy below: NF is one of the hottest names in hip-hop right now and his latest single makes it easy to see why! His mix of emotion, honesty and unmatched production come together to make something amazing every time and his new track “Drifting” is no exception! [...] 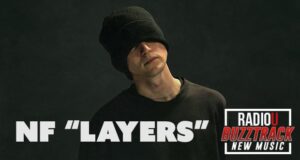 New to RadioU this week Listen, request, or buy below: NF‘s ability to pair introspective and dramatic lyrics with pounding, over-the-top production is unmatched and his latest single “LAYERS” is an excellent showcase for his particular skill set. You can hear the new jam now on RadioU! Request for the Most Wanted  As an Amazon [...]

NF just unveiled the dates for his Clouds Tour, which will take him across the eastern half of the United States from September 22nd through October 17th. Details and tickets can be found through his Twitter. Presale for the CLOUDS TOUR starts tomorrow. Sign up for first access to tickets at https://t.co/h77DlwkHuz pic.twitter.com/ihvZFcjfr9 — NF [...]

NF’s highly anticipated CLOUDS mixtape is now available. The new release features 10 brand new songs, including the hit title track and you can grab it right here. ﻿ He also recently premiered a new music video for the song “LOST” off of the new record. You can see it on his YouTube channel and [...] 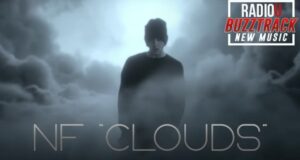 New to RadioU this week Listen, request, or buy below: As always, NF comes out swinging in his hard-hitting, cinematic single “Clouds.” You can hear the brand new track now on RadioU!  Request for the Most Wanted  As an Amazon Associate, RadioU earns from qualifying purchases. [...]

NF posts another preview of CLOUDS

The second preview of NF’s forthcoming CLOUDS mixtape is now available! You can check out the new track “Lost” and the music video that goes with it on NF’s YouTube channel. Last month he revealed that he’s releasing a brand new mixtape titled CLOUDS on March 26th. It’s his first full-length project since his 2019 [...]

NF sets the date for a new mixtape

NF has revealed that he’s releasing a brand new mixtape titled CLOUDS on March 26th. It’s his first full-length project since his 2019 hit album The Search and you can pre-order and pre-save it below. ﻿ He’s also made the title track of the record available to download and stream as a preview of what’s [...]

NF just dropped a demo version of a new song titled “Chasing” that features vocals from a cover by one of his fans. It’s his first new release since “PAID MY DUES” and you can find it right here. ﻿ “PAID MY DUES” was released as a surprise new single at the tail end of [...]

2020 is going to be a great year to catch RadioU bands in concert, with some pretty amazing stuff being announced already.  On January 23rd, Thrice will kick off their Vheissu 15th Anniversary Tour. They’ll be playing the album in its entirety at shows through February 29th and you can find dates and details below. [...]