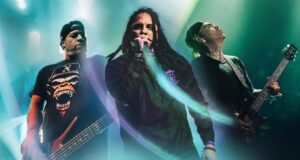 After another year of writing and recording, P.O.D. is setting out on their fall tour which will include VIP meet & greet packages for the die-hard fans. View this post on Instagram A post shared by P.O.D. – Payable On Death (@pod) We recently showed off the Platinum record they received for The Fundamental Elements [...]

Manafest dropping Return Of The Greatest on July 8 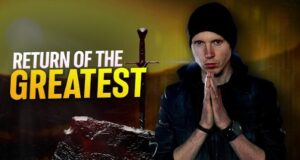 Manafest announced on his Twitter that his new single “Return Of The Greatest” will be dropping on July 8th. You can also hear his recent single “Nemesis” as a Buzztrack on RadioU! New song with video premieres July 8th "Return of The Greatest" https://t.co/Bd5OlSEaUr — Manafest (@Manafest) June 29, 2022 Manafest recently joined The RIOT to [...] 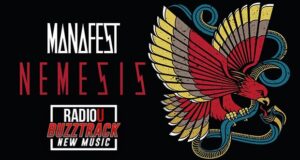 Manafest is giving away his new book for free

Manafest just released a new book titled From Red To Black and he’s offeringit  to you for free. You can find out more on his Facebook page. If you missed it, The RIOT caught up with Manafest earlier this year to hear about his new song, his trips to Nashville, writing music for TV and [...]

Manafest revealed in a recent Facebook post that he has wrapped up another new song that he’ll be releasing soon. He’s also announced he has a new book in the works that should be out by the end of 2020. ﻿ A few weeks ago, Manafest had the opportunity to interview P.O.D. frontman Sonny Sandoval [...]

Manafest talks to Sonny from P.O.D.

Manafest recently had the opportunity to interview P.O.D. frontman Sonny Sandoval as a part of his Fighter Radio show. The two chatted about their music careers, fighting for your dreams and more! You can find the conversation on his YouTube channel. The last we heard from Manafest was when he unveiled a new track titled [...]