Buzztrack: Polyvalent – “Lose In The Summer” 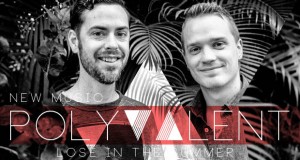 Polyvalent may be new to you, but this Florida-based duo comprised of Mark Nicks (formerly of Cool Hand Luke) and Robbie Williamson (of Quiet Science) is anything but green. If that isn’t enough experience for you, Steven Tracy of The Myriad was at the helm of their latest album Want which is available now. For fans [...]