Wande just launched her WIN Radio podcast, where she talks with other prominent women about finding hope and life’s pivotal moments. New episodes are posted every Wednesday and you can check out the first episode, featuring Jackie Hill Perry, Jamie Grace, and Erinn Knight, right here. You can find some new instrumental music from Wande [...]

If you’re looking for some instrumental music to study, work or chill to, Reach Records has you covered. They just posted the Work Beats playlist that’s full of new instrumental versions of songs from GAWVI, Wande, Andy Mineo, Tedashii, Hulvey, and more. There’s more new music from GAWVI on his new album Heathen that came [...]

Wande on The RIOT

Wande’s full length debut album EXIT is out now through Reach Records. The new release boasts ten brand new tracks, including her new single “HAPPY” and you can pick it up below. If you missed it, she premiered the official music video for “HAPPY” just a few weeks ago and you can see it for [...] 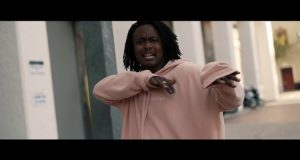 KB has unveiled his new track “Armies” as his first release since leaving Reach Records to sign with Sony’s Essential Sound. You can listen to the new jam right here. If you missed it, last week KB announced that after nearly a decade with Reach Records, he would be parting ways with the label where [...]

After nearly a decade with Reach Records, KB has announced that he’s parting ways with the label where he’s released his last four projects. The announcement was made on his Instagram and you can read it for yourself below. View this post on Instagram Thank you @reachrecords for believing in me and I am too [...]

Lecrae recently posted a prank video where he tries to get Reach Records colleagues to tell him his new song is trash. You can check it out now on his YouTube channel. Last week Lecrae premiered “Set Me Free” as the first single from his forthcoming album Restoration, which is due to release sometime this [...]

WHATUPRG cancels his next tour

Just a few days after announcing full details for their Two Birds One Stone Tour, WHATUPRG and fellow Reach Records artist 1K Phew have unfortunately decided to cancel most of the shows. You can read the full statement on the decision below. https://www.instagram.com/p/B9kV1MPnvtn/?utm_source=ig_web_copy_link There are still chances to catch WHATUPRG live coming up later this [...]

Hulvey’s second new EP of 2020 is now available! You can grab BRKNHRT. through shop.radiou.com and you can find the visual version of the EP below. Prior to the release of the new record, Hulvey shared his BRKNHRT. documentary that gives you a closer look at his hometown and how he got started making music. [...]