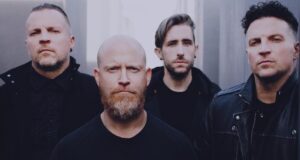 Longtime fans of the band RED will be excited to know that a live and unplugged version of their album Until We Have Faces will be released on December 2nd, and you can pre-save it HERE. View this post on Instagram A post shared by RED (@thebandred) U can watch their most recent performance video [...]

RED has announced they’ll be going on a winter tour starting next year and if you want to see where they’ll be stopping, the tour dates are listed below. View this post on Instagram A post shared by RED (@thebandred) This comes shortly after the ending of their summer tour which turned out to rock [...]