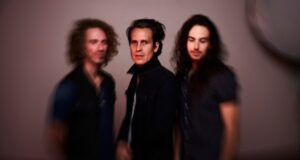 Remedy Drive released Under The Starlight overnight and it’s a collection of their favorite songs they’ve made in the past decade but recorded in different versions. [...] 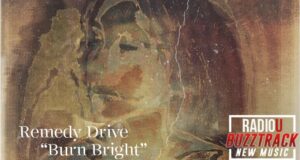 New to RadioU this week Listen, request, or buy below: Remedy Drive is back with another heartfelt and inspiring anthem that will have you singing along at the top of your lungs! Hear their new single “Burn Bright” now on RadioU! Request for the Most Wanted  As an Amazon Associate, RadioU earns from qualifying purchases. [...]

Remedy Drive takes you behind the song

Remedy Drive recently shared a video that gives you the story behind their song “Blue” off of their latest album Imago Amor, along with an acoustic performance of the track. You can see it for yourself on their YouTube channel. You can also find footage of the band playing through the entire new album on [...] 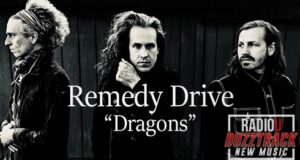 New to RadioU this week Listen, request, or buy below: Remedy Drive is a longtime favorite of ours here at RadioU so we couldn’t be more excited to bring you a track from their forthcoming album Imago Amor. Their riff-driven rock n’ roll still hits as hard as ever on their new single “Dragons” and you can hear [...]

Remedy Drive has premiered a new single titled “Dragons” that comes as the first preview of their forthcoming album Imago Amor. you can hear it for yourself right here. ﻿ Imago Amor is the third in their trilogy of albums meant to shine a light on human trafficking, slavery, and injustice. It’s scheduled for release [...]