Skillet has announced that they are releasing Victorious: The Aftermath) on September 11th! The deluxe album will feature twenty tracks and pre-orders are available now. You can place yours right here. To coincide with the announcement, they also shared the newly reimagined version of “Terrify The Dark” and you can hear it for yourself below. [...]

Unfortunately, Uprise Festival has officially been postponed until 2021. The event was set to feature Skillet, Ledger, Disciple, and more this September but due to the ongoing COVID-19 pandemic, they have decided to forgo holding it this year. More info can be found below. View this post on Instagram After much prayer, and following the [...]

KB has unveiled a brand new single titled “10K” along with a new music video that can be found on his YouTube channel, The track comes as the second preview of his forthcoming record and you can hear it below. Last week it was revealed that KB has been added to the lineup for Uprise [...]

KB has been added to the lineup for Uprise Festival in Shippensburg, Pennsylvania. The event is coming up September 18th and 19th and also includes performances from Skillet, Ledger, Andy Mineo, Disciple, RadioU Battery band Impending Doom, and more. You can find more info on the Uprise Instagram. View this post on Instagram You're in [...]

Uprise Festival continues to beef up its lineup! Ledger is the latest addition to a schedule that already featured Skillet, Disciple, Andy Mineo, Impending Doom, and more! It’s coming up September 18th and 19th in Shippensburg, Pennsylvania and you can get more info on the festival’s Instagram. View this post on Instagram My Arms are [...]

Skillet reimagines Save Me

Skillet has shared a reimagined version of their hit single “Save Me” that was produced by their keyboardist and guitarist Korey Cooper. You can hear it for yourself below. It was recently announced that Skillet will be one of the headlining bands for this fall’s Uprise Festival. The two day event is happening this September [...]

Disciple recently hit the 500 supporter milestone on Patreon and to celebrate they are hosting a special acoustic live stream concert. The show will be viewable to supporters only, but you can still sign up and get access below. https://twitter.com/disciplerocks/status/1269295232803311616?s=20 Your next chance to catch the band live is coming up this July, when they’re [...]

Skillet has been announced as one of the headlining bands for this fall’s Uprise Festival, just days after Andy Mineo joined the lineup as well. The two day event is happening this September in Shippensburg, Pennsylvania and you can grab more info on the Uprise Instagram. View this post on Instagram This Legendary announcement is [...] 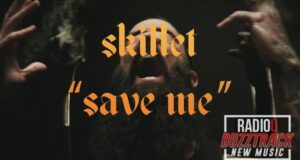 New to RadioU this week Listen, request, or buy below: RadioU rock royalty Skillet is headed back to our playlist after an extended run as Battle of The Buzz champions! You can hear their latest “Save Me” now on the U! Request for the Most Wanted  As an Amazon Associate, RadioU earns from qualifying purchases. [...]

Skillet announces a sequel to Eden

Skillet has announced that they’ll be releasing a new graphic novel titled Eden II: The Aftermath as a follow up to their 2019 graphic novel Eden. The sequel is expected to be ready this September and pre-orders are available now. https://twitter.com/skilletmusic/status/1260982240688906247?s=20 Last month, the band shared a brand new music video for their track “Save [...]