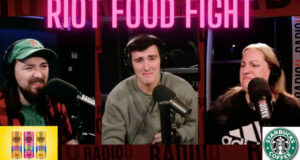 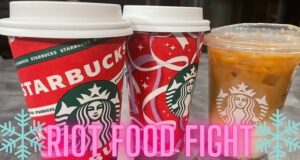 Starbucks just kicked off the Christmas season by adding their holiday themed items to the menu and today we’re sampling their all-new Sugar Cookie Almond Milk Latte. Join us to see how festive it has us feeling! [...]

David from For Today on The RIOT 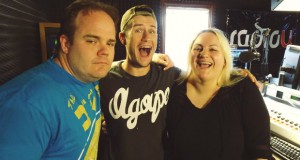 David from For Today stops by the RIOT to try the new Brownie Batter Oreos. He also tells us how he got a Starbucks tattoo, why he drinks green tea, and premieres their new single “Broken Lens”. (Note: the song is not contained in the interview. You can download it through iTunes or AmazonMP3 through [...]