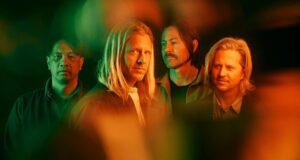 Wanna deck the halls with Switchfoot? They just announced their This Is Our Christmas Tour is kicking off Saturday, November 26th, and will be stopping at 17 cities to play their new Christmas album which does not have an official name or release date yet. Looking forward to jingle along with them? More info including [...]

Switchfoot invites you to tour rehearsal

Switchfoot is giving you a chance to see their tour rehearsal live by streaming it before they hit the road. More details can be found on their Instagram.   View this post on Instagram   A post shared by SWITCHFOOT (@switchfoot) In just a few weeks they will be embarking on their nationwide summer tour. [...]

Switchfoot just dropped their surprise new single “interrobang” which shares its name with the title of their most recent album. You can hear it for yourself below. ﻿ Last month they recorded a new version of their hit song “Dare You To Move” that features lyrics and vocals from Ukrainian artist Oleh Sobchuk as their [...]

Switchfoot re-records Dare You To Move to support Ukraine

Switchfoot has recorded a new version of their hit song “Dare You To Move” that features lyrics and vocals from Ukrainian artist Oleh Sobchuk as their way of supporting the Ukrainian people. You can check out the new version below. Just last week the band unveiled a new take on the single “i need you [...]

Switchfoot remixes i need you (to be wrong)

Switchfoot has unveiled a new take on the single “i need you (to be wrong)” from their recent album interrobang. You can find the lovelytheband remix of the track right here. ﻿ A few weeks ago they announced the dates and details for their nationwide summer tour, They have shows scheduled through September 24th and [...]

Switchfoot has announced the dates and details for their nationwide summer tour, They have shows scheduled through September 24th and tickets are on sale now. You can find out more on their Twitter. We are so stoked to announce that alongside our friends Collective Soul, we're going out for a full blown summer tour of [...] 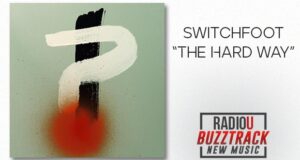 New to RadioU this week Listen, request, or buy below: Switchfoot‘s new single “the hard way” is a bright and positive look and learning from your mistakes that only they could pull off! Check it out now on RadioU! Request for the Most Wanted  As an Amazon Associate, RadioU earns from qualifying purchases. [...]

Switchfoot has announced that longtime guitarist Drew Shirley will be leaving the band. He joined the group leading up to the release of their album Nothing Is Sound in 2005. You can read the full announcement on the band’s Twitter. Friends, there’s no easy way to say this. After years of sharing the road, Drew [...]

Switchfoot just premiered a brand new music video for their song “beloved.” The track is off of their latest album interrobang and you can see the visual on their YouTube channel. Back in August, the band released interrobang as their long-awaited twelfth studio album. The new record features eleven brand new tracks, including their hit [...]