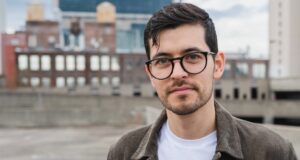 The Gray Havens is setting out on a 13-city tour which will be passing through areas like Dallas, Columbus, and Chicago. The full list of tour dates is below. If U want to listen to their most recent song played on RadioU, “It’s Possible” is linked. [...] 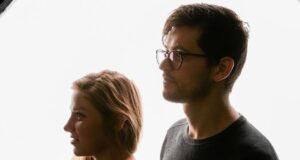 The Gray Havens officially announced that vocalist Licia Radford will be taking some time away from touring with the band, although she will still record new music with the group. The full announcement can be found below. ﻿ They also recently posted a new episode of their podcast, which takes you behind the music for each [...]

The Gray Havens recently hosted a live stream where they performed a few Christmas classics and shared some of their plans for 2022. You can check it out right here. The Gray Havens Livestream https://t.co/kw3SxhHtbm — THE GRAY HAVENS (@grayhavensmusic) December 1, 2021 If you missed it, back in October they dropped their new album [...]

The long-awaited new album from The Gray Havens is here at last! They just dropped Blue Flower, which features their hit single “It’s Possible” as well as 11 other tracks, and you can grab it right here. ﻿ The duo also hosted a free album release party livestream show on their Facebook page to celebrate. [...]

The Gray Havens just shared a brand new song titled “Tread The Dawn” from their forthcoming album Blue Flower. The latest single clocks in as the ninth track released from the band’s next record and you can hear it for yourself below. ﻿ They’re also working on booking dates for a tour in the spring [...]

The Gray Havens have shared one more preview of their forthcoming record Blue Flower. Their latest is titled “Wide Awake” and you can listen to it below. ﻿ The duo has also launched a podcast that takes you behind the scenes for the writing and recording of the new album. You can find it wherever [...]

The Gray Havens have shared another new single from their forthcoming album Blue Flower. You can listen to their latest “Pale Moonlight” along with their recent hit “It’s Possible,” and several other tracks from the new record right here. ﻿ The duo also recently launched a podcast that takes you behind the scenes for the [...]

The Gray Havens will be hosting a free live stream concert tomorrow night where they’ll be playing songs from their new album Blue Flower, answering your questions, and more! You can watch and participate through the band’s Facebook page. Summer Concert Livestream next Wednesday night! https://t.co/gHSMge8uaP pic.twitter.com/P1eNnWq761 — THE GRAY HAVENS (@grayhavensmusic) June 9, 2021 [...]