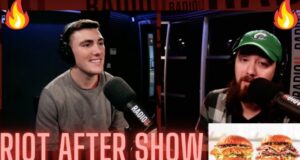 With Nikki’s blessing, Hudson and Isaia are taking the Diablo Dare Challenge and trying out what Arby’s claims is “the spiciest sandwich in fast food!” Can we stand the heat?! [...]

It’s finally release week for Skillet! Their highly anticipated new album Dominion is out now and features twelve brand new tracks, including their hit singles “Standing In The Storm” and “Surviving The Game.” You can add it to your collection below. ﻿ You could hear the band play some of their new music live if [...]

With less than a week until they release their new album Dominion, Skillet has unveiled the title track as one final preview. You can give it a listen and pre-order or pre-save the record below. ﻿ You could also hear the band play some of their new music live if you catch them while they’re [...]

idle threat is on the hunt for a new touring van and they’re hoping you can help them out! They’ve launched a GoFundMe to support their efforts to get out on the road in 2022 and you can find out more right here. The band dropped their debut album blurred visions last fall on Tooth [...] 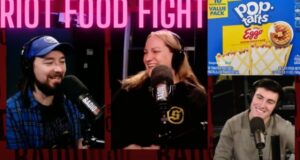 We’re continuing our unusual streak of eating actual breakfast items for breakfast on the show by breaking out the new Frosted Maple Eggo flavored Pop-Tarts. Can Pop-Tarts capture the true essence of frozen waffles in their toaster pastries? Join us to fund out! [...] 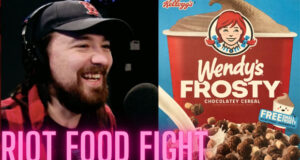 Wendys stepped out of their typical burger business to create the new Wendys Frosty Cereal. The RIOT get to try the new chocolatey treat and give you the rundown on if the cereal lives up to the real thing.     [...] 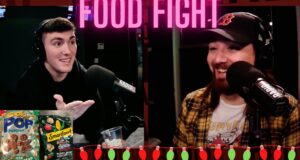 Nikki’s gone and Christmas is almost here, so it’s up to Hudson and Isiaia to clear out the cupboard of our remaining holiday snacks, in this case Cookie Pop Gingerbread popcorn and Smartfood Capn Crunch merry Berry popcorn. [...]