Mike Mains & The Branches have set the dates for their 2019 Living Room Tour. The unique and intimate shows are coming up November 8th through January 4th and you can get more info on their Twitter. Presenting: 2019 Living Room Tour. Can't wait for these small, cozy shows. Tickets are limited to grab yours [...] 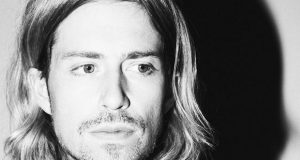 The Rocket Summer has launched a new Patreon where you can support him in exchange for access to live streamed concerts, behind the scenes content, unreleased music and other exclusive perks. You can find out more right here. I've been excited about this idea for a long time and I'm so pumped it's finally here. [...]

Mike Mains & The Branches joining The Rocket Summer this fall

Mike Mains & The Branches has been added as support for a portion of The Rocket Summer’s upcoming tour. They’ll be playing shows together this October and you can find out more on their Twitter. Hitting the road this fall with @TheRocketSummer 🚀 I guess you could say it’s going to be out of this [...]

The Rocket Summer’s first full-length album in over three years is finally here! At long last, Sweet Shivers is put now and you can pick it up for yourself right here. To go along with the new record, there are also four new music videos for songs off of the album and you can see [...]

The Rocket Summer shares one more preview of his new album

The Rocket Summer’s new album Sweet Shivers is dropping on August 2nd and we just got “Blankets” as the fourth and final track previewing the new release. You can hear the new song right here. The three new tracks that were released previously were also each accompanied by their own music videos. You can find [...]

The Rocket Summer has unveiled a brand new music video for his track “Morning Light.” It’s the second new song and music video he’s shared since announcing his forthcoming album Sweet Shivers and you can find both of the new visuals on his YouTube channel. Sweet Shivers will be TRS’ first full-length album in nearly [...]

The Rocket Summer shares another preview of Sweet Shivers

The Rocket Summer has premiered another brand new track from his upcoming album Sweet Shivers. The newest taste of what’s on the way is the single “Morning Light” and you can give it a listen below. Sweet Shivers will be TRS’ first full-length album in nearly three years and it’s scheduled for release on August [...]

The Rocket Summer just announced a fall tour in support of his upcoming album Sweet Shivers. He’s hitting cities across the U.S. and Canada starting on September 10th and you can find all the dates and details through his Twitter. It’s time. Playing live and living within the spirit of the collective heartbeat we share [...]