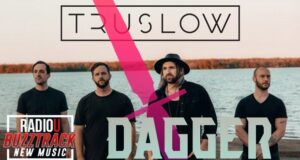 New to RadioU this week Stick your heart and ears into the new buzztrack from Truslow, “Dagger.” Listen, request, or buy below: Request for the Most Wanted  As an Amazon Associate, RadioU earns from qualifying purchases. [...] 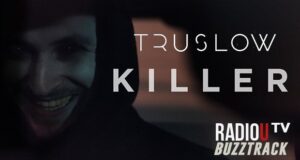 New to RadioU TV this week Watch, vote, or buy below: Truslow‘s epic new video for “Killer” adds an extra layer of meaning to the song’s already poignant lyrics. Check it out now on RadioU TV! Vote for the Most Wanted As an Amazon Associate, RadioU earns from qualifying purchases. [...] 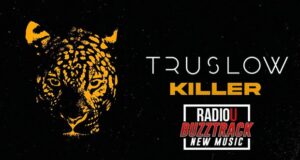 New to RadioU this week Listen, request, or buy below: “Killer” is an unforgettable stadium anthem that comes as Truslow‘s first new single since 2019! Check it out now on RadioU! Request for the Most Wanted  As an Amazon Associate, RadioU earns from qualifying purchases. [...] 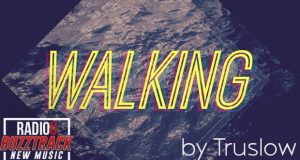 New to RadioU this week Listen, request or buy below: After nearly five years without new music from Truslow, you may have started to worry that we wouldn’t hear from them again. Well, worry no more because they just shared a brand new single titled “Walking” and you can hear it now on RadioU! Request [...]

The wait is over for new music from Truslow! The band’s new single “Walking” is out now and comes as the first new release from the band since they gave us the Hurricane EP in July of 2014. You can pick up the new track right here. Fans in the Columbus, Ohio area will have [...]

New music is coming from Truslow

Truslow is gearing up to release their first new music in nearly five years! They just announced that their new single “Walking” will be available on May 16th and you’ll have a chance to hear it live at their next show in Columbus on May 25th. You can see the announcement and show details on [...]

Truslow. They’re a band and they make music… but more importantly: they eat cereal with The RIOT. Find out what they’ve been doing for the last year or two since the last time we saw them AND hear which Pop-Tart cereal they’d rather bring home. [...]

Plus a new EP from Crusoe, and Truslow joins The RIOT… If you need new music this weekend, you’re in luck. For Today just released their album Wake, Manafest released his album Reborn, and Capital Kings released II. You can pick up all the new music you can handle through shop.radiou.com! Crusoe also has new music out [...]

Twenty One Pilots to appear on Late Night with Seth Meyers

twenty one pilots just announced that they will be the musical guest on Late Night with Seth Meyers coming up on Monday, September 14th. You can tune in to NBC at 12:35 ET that night or set your DVR accordingly. Andy Mineo needs your help! His song “You Can’t Stop Me” has been nominated for the [...]