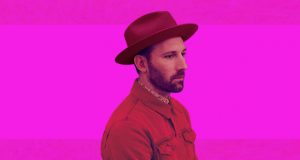 Plus Glasslands teases new music, Vesperteen premieres new track and Phinehas adds more tour dates… Mat Kearney has given us one more preview of his upcoming album CRAZYTALK before it’s release this weekend. He just debuted a new song called “Money” and you can hear it now and pre-order the album below. Glasslands recently posted [...]

Plus brand-new music from Vesperteen, The Orphan, The Poet, and James Gardin… This weekend was full of surprise new music from RadioU artists, including Aaron Cole releasing a new song called “YCHMB” as well as a music video to go with it. You can check it out on his YouTube channel. We also got a [...]

Vesperteen to spend the summer with you 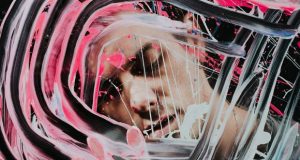 Plus Graceful Closure reveals plans, Norma Jean adds summer shows, and Silent Planet premieres “Understanding Love As Loss”… Vesperteen has announced that he wants to spend the summer with you on the Together For Summer tour. He’ll be playing shows across the U.S. from June 29th through September 10th and you can find more details [...]

Plus For All Eternity announces album, Vesperteen tours eastern U.S., and Convictions release Christmas song… Your first gift of Christmas is here already, free RadioU music on Noisetrade! The JFH20 sampler is available now and features songs from Lacey Sturm, Emery, Remedy Drive and tons more. You can pick it up here: For All Eternity has [...]

Plus Vesperteen launches VesperTeam, LEAGUES unveils new song, and Aaron Gillespie heads out on solo acoustic tour… twenty one pilots dominated at the Alternative Press Music Awards on Monday night, taking home both Artist of the Year and Album of the Year for their 2015 release Blurryface. They’ll be out on the Emotional Roadshow Tour [...]

Plus Thrice announces fall tour, Vesperteen offers free download, and Leagues’ “Lipstick Coffee”… twenty one pilots surprised everyone this weekend when they leaked a brand new song called “Heathens.” The song is expected to a part of the upcoming Suicide Squad movie soundtrack and it’s available for streaming now right here. Thrice is getting close [...]

Colin from House of Heroes on the RIOT 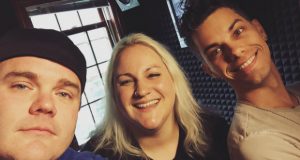 Colin of Vesperteen and House of Heroes stops by the RIOT to talk about kombucha and the new HoH album: COLORS. Obadiah may be a little too enthusiastic about the album (or not, since its some of the greatest music ever made). [...]

Plus Emery adding Golden State tour dates, Thrice frontman Dustin Kensrue’s acoustic covers, and Vesperteen’s new video… This year’s lineup for Facedown Fest has been announced and of course it features several Facedown Records artists. You can catch For All Eternity, Rival Choir, War of Ages and tons of other RadioU Battery bands at the [...]