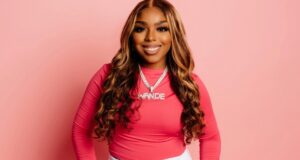 Reach Records artist Wande made a bold claim on Twitter this past week saying that 1K Phew accidentally assembled The Avengers for next year. What can we expect in 2023? Wanna see behind the scenes of Wande performing at the Stellar Awards? [...]

Reach Records artist Wande is a queen wearing many different crowns and her latest addition to her collection is the launch of her own cruelty-free makeup line WIN BEAUTY. Her desire is to empower women by having access to beauty tools and products that she’s learned and acquired over the years. She recently designed her [...]

Huge win for Wande! She performed her song “They Didn’t Know II” as the encore at the 37th annual Stellar Gospel Music Awards featured on BET.   View this post on Instagram   A post shared by WANDE | WIN WITHIN 🇳🇬 🤍 (@omgitswande) ICYMI, she also got married last month and you can see [...] 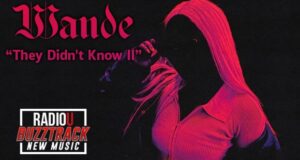 New to RadioU this week Listen, request, or buy below: If you didn’t know about Wande, you need to! She goes hard on her new single “They Didn’t Know II” and you can hear it now on RadioU! Request for the Most Wanted  As an Amazon Associate, RadioU earns from qualifying purchases. [...]